The log cabins are here at Rowardennan, by the waters of Loch Lomond in Scotland. Rowardennan is really a small area where there are the log cabins, the Rowardennan Hotel, the Youth Hostel, some cottages and the little National Park information centre, which is not staffed, and car park and toilets.

Rowardennan is at the end of the B837 road that runs from Drymen, through the village of Balmaha, past the lodges and ends in the car park at the foot of Ben Lomond.

There is an old pier which is now disused but in years gone was called at by the paddle steamer, The Maid of the Loch, which used to pick travelers up. The steamer is now berthed in Balloch and you can visit it. There is a preservation plan to restore the ship’s operation and run it again. See Maid of the Loch.

The Rowardennan Hotel is a traditional old Scottish inn but modernised. It used to be an old drover cattle inn 100’s of years ago.

It’s the walks in the area that justify the trip here. There is a choice when it comes to woodland walks and with many trails around. One of them is on a forestry road which runs right along the lochside and is part of The West Highland Way which also goes right past the lodge site. The West Highland Way was Scotland’s first long distance walking route and is Scotland’s most popular. Starting in Milngavie on the outskirts of Glasgow it stretches 151km to Fort William at the foot of Ben Nevis.

Rowardennan is also the start point for the routes up Ben Lomond, one of the most popular mountains in Scotland. Ben Lomond can be climbed within 2.5 hours depending on the weather but you will need good footware and don’t forget to take some water. 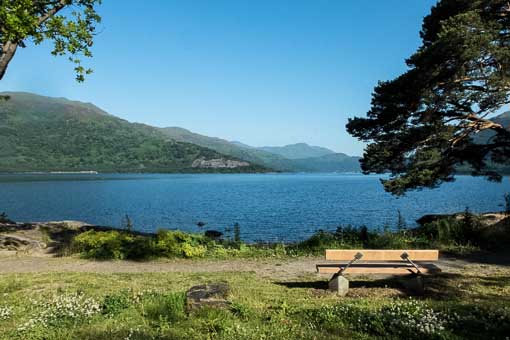 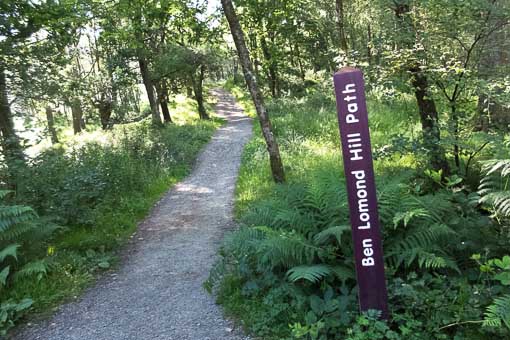 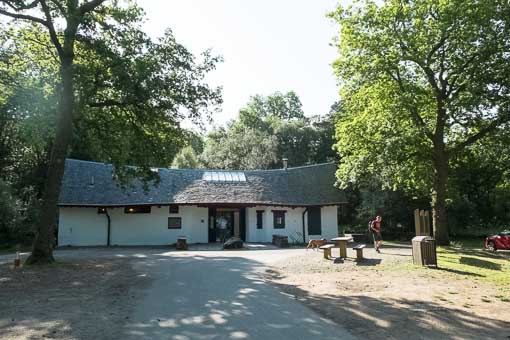 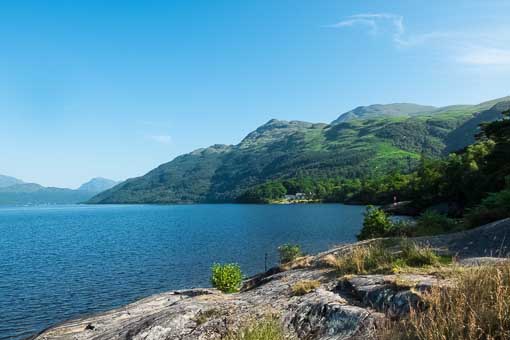